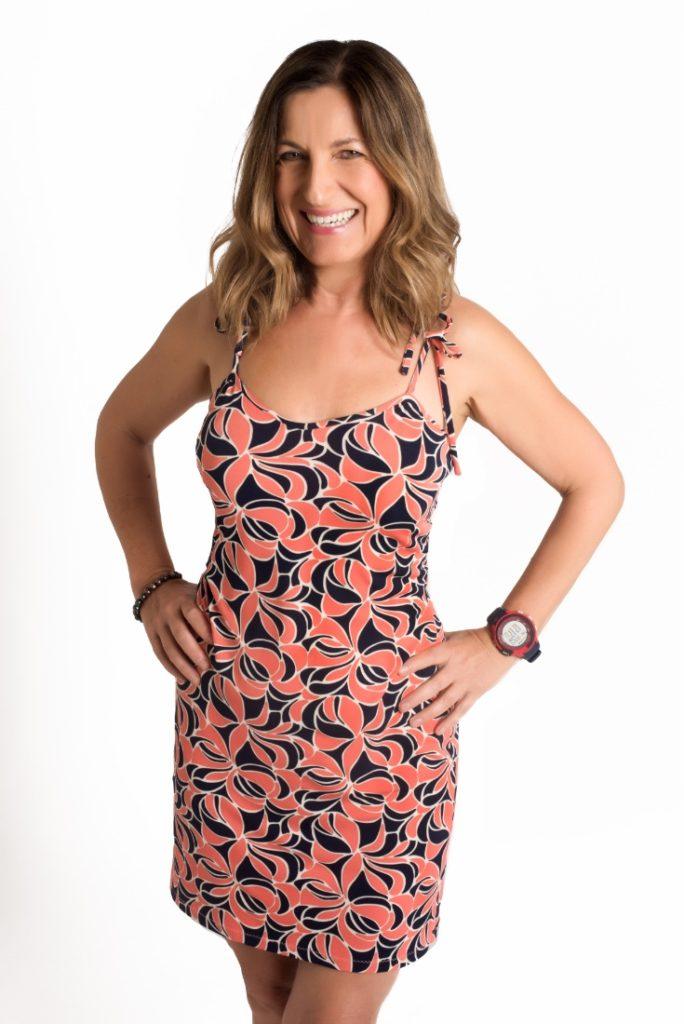 At the age of eight, her family moved to Haifa, Israel where she spent the rest of her formative years. After graduating from the Hanrietta Erval College of Design, (WIZO Design) Diana spent two years serving as a Sergeant in the Israeli army.

Upon discharge from the military, Diana relocated to Paris France to pursue her design career.

After several years of work and study in Paris, Diana relocated to South Florida where she has been actively involved in fashion design.

Diana has over 25 years of experience in creative design, production and sales of Couture for boutiques and individual patrons operating under the name “Dinka Designs”. She chose the name “Dinka” as it was her nickname given to her by her parents. In the Russian language, Dinka means diminutive or Little one.

Diana often acquires her creative inspiration from some of her favorite interests including ballroom dancing, scuba diving, mountain climbing and hiking.

Diana currently resides in Boca Raton Florida, where she continues developing her line of designer clothes.